“Choven” publishing house will present a book by Austrian reporter Karl-Markus Gauß on Roma in Eastern Slovakia. “The Dog-Eaters of Svinia” is a story about life in Roma settlements that are below the poverty line. The book tells us, in particular, about the Luník IX – a borough in the city of Košice, where Roma from the whole city were sent to in the 1980s, as well as about the Roma slums in the village of Svinia.

“Demons of racism are returning to Europe,” writes Christian Schmidt-Häuer in his review for the German newspaper “Die Zeit”. “The demon of the post-war history lives primarily in the treatment of the Roma.” As for the Roma world, described in “The Dog-Eaters of Svinia”, he notes, “there is nothing exotic about it, but nothing in common with our world, its unwritten rules of order, purity and bourgeois manners either.”

Karl-Markus Gauß immerses us into the daily life of the Roma and conveys every taste, smell and touch: communicating with the inhabitants of the Roma settlement, he explores the atmosphere of an absolutely different life. The author explains some of the features of the Roma identity and the rules that operate within the community that is closed from the world. How is it possible that the Romani settlements are unbelievably dirty, while Romani homes are perfectly clean? Why do Roma children get no knives for school lunches? Who are gadjo? What is the caste system, and why do those who call themselves Roma have nothing to do with the Roma who are called dog eaters?

While traveling Eastern Slovakia, Karl-Markus Gauß also stops in Rusyn Prešov, where he visits a Greek Catholic Church. Here we can feel the essence of the problems even more. These are not just Slovak problems, but generally European ones – Ukrainian in particular.

The Ukrainian edition of “The Dog-Eaters of Svinia” was created by a translator Liuba-Paraskeviya Strynadiuk, literary editor Anna Protsuk, and art editor Oksana Vaskiv. The project was supported by the OeAD service in Lviv.

On the occasion of the book’s release, a discussion will be held at the Book Forum in Lviv, on September 16 at 6:00 pm at Les Kurbas Theater (3 Les Kurbas St.).

The author of the book Karl-Markus Gauz, a public activist and researcher of the Roma national minority in Ukraine Nataliya Zinevych, a Roma activist and ex-chairman of the Information Technologies Department of the Lviv City Council Ivan Korzhov will take part in the discussion “Invisible: Why Do We Ignore Roma?”. The discussion will be moderated by Olesia Yaremchuk, interpreted by Liuba-Paraskeviya Strynadiuk.

Karl-Markus Gauß was born in 1954 in Austrian Salzburg, where lives to this day and issues “Literature and Criticism” journal. The author has dedicated more than 25 books to the history and present-day life of small European peoples and national minorities. The texts of Karl-Markus Gauß have been awarded numerous prizes, including the Charles Veillon Prize, Vilenica International Literary Prize, Georg Dehio Prize, and Johann Heinrich Merck Prize. 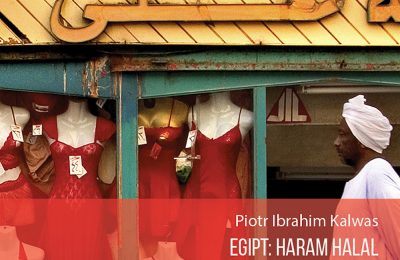